The fifth little book all about the Reed water plant (Phragmites australis), to be published by River Friend, is due out soon. Here is a taster, and please watch out for it on Amazon and other famous bookshops.

What are reeds (Phragmites) like? To begin with, it is one of the very few plants to be native (not introduced) in all five continents of the world.
Imagine working all day with a marvellous sky above and below surrounded by reeds, just a wind-blown rustle and calling birds—an experience not to be forgotten.
What are the uses of reeds and reedbeds? Whole human populations can live in and, in extreme cases, nearly entirely upon the reedbed. Hermits, and to some extent monks and nuns, ventured into reed wetlands so that their prayers would purify and sanctify the haunt of demons (St Guthlac, Beowulf).
In Europe, the struggle for community existence in the hazy band “twixt land and water”, is usually won by Phragmites. In the Americas, Australasia, Africa and much of Asia, it is usually won by other reedswamp species.
Is it just a grass; is it war-like? Yes. A silent battlefield where a plant is NOT “nice” to its neighbour in seeing that “next door” has space to grow, enough light to grow well, enough nutrients and, of course, enough water, just doesn’t happen. For the reed it is an intense and continuing, but silent, battle for survival. There is no peace in the reedbed for Phragmites—just the giant struggle for existence…. 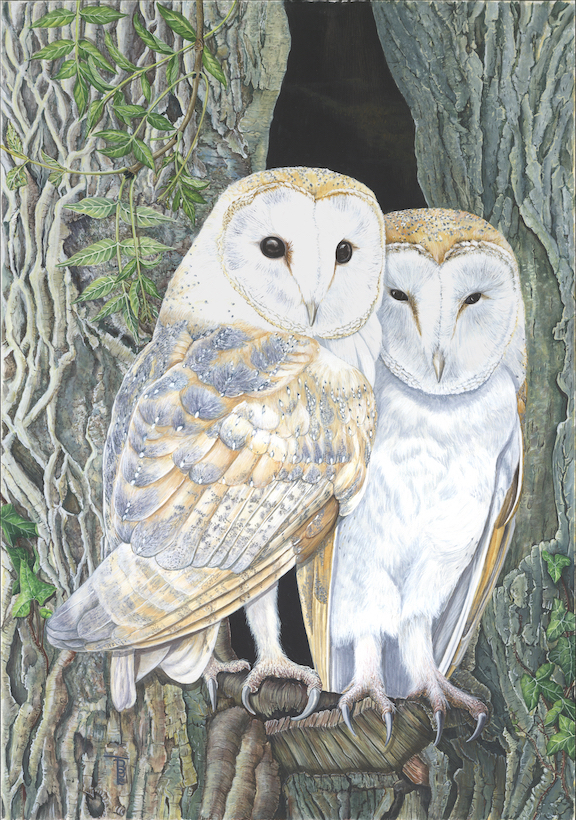 If you have ever wondered about the Water Framework Directive, this is the little book for you. It lists in simple terms what it is all about and gives you an idea of all the hard work that is involved in keeping us all supplied with drinking water.

RFS6: An Introduction to the Water Framework Directive.Click here for More information

“WATER IS NOT A COMMERCIAL PRODUCT LIKE ANY OTHER BUT, RATHER, A HERITAGE WHICH MUST BE PROTECTED, DEFENDED AND TREATED AS SUCH [i.e. as Heritage].”

Book 5 (RFS5) in the River Friend Series is now available to purchase. If you want to learn a bit about the “Mighty Reed”, follow the link for more information and to purchase the little book.

Book 5 in the River Friend Series: REED—”ON THE EDGE” should be out in the next two weeks. The front cover picture (“Regeneration—The Mighty Reed”) is included in my new series of fabulous jigsaws (NETTIE’S NATURE PUZZLES) which will also be available soon. View more here:
http://tinasfineart.uk/netties-nature-puzzles-coming-soon/ 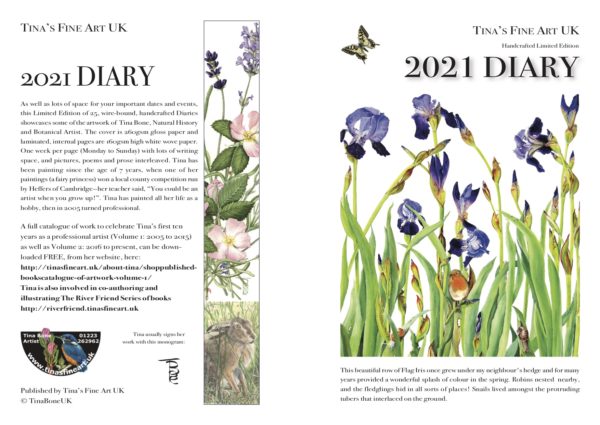 ONLY £10.00 EACH
A5 size (148mm wide x 210mm tall), 114 pages. Wire bound. Front and back covers are 260gsm gloss card, laminated, and internal pages are 160gsm bright white matt paper. This diary design has lots of space for writing your important dates and events on: one week per page (Monday to Sunday) with a couple of pictures with prose and poems interleaved between each week.
This is a limited edition of just 25 handcrafted copies. CLICK HERE FOR FURTHER DETAILS AND TO PURCHASE.

I have just completed this little water colour painting (on Aquarelle Arches 140lbs 100% cotton rag paper, size 14″ x 10″). It is Figure 1 in the next River Friend Book: “REED: ON THE EDGE”. This is only a snippet as the full picture will be published in the book in due course. Only another 33 figures to do! I do hope you like this little creature, commonly called bearded tit, but proper name is Reedling.

Done a bit more to my latest painting for the River Friend Series Book 5 “REED: ON THE EDGE”. Visit:
Tina’s Fine Art UK to view.

If you are one of those lovely people who still likes to write important dates and events down in a printed calendar, please follow this link to my Shop at Tina’s Fine Art to view and purchase. Only £7.50 each plus £3 postage and packing. (Two designs, same pictures and poems.)

Lovely to start on book 5 in the River Friend series: REED: ON THE EDGE. Here is a blog post about beginning the first figure in the book… VIEW BLOG POST